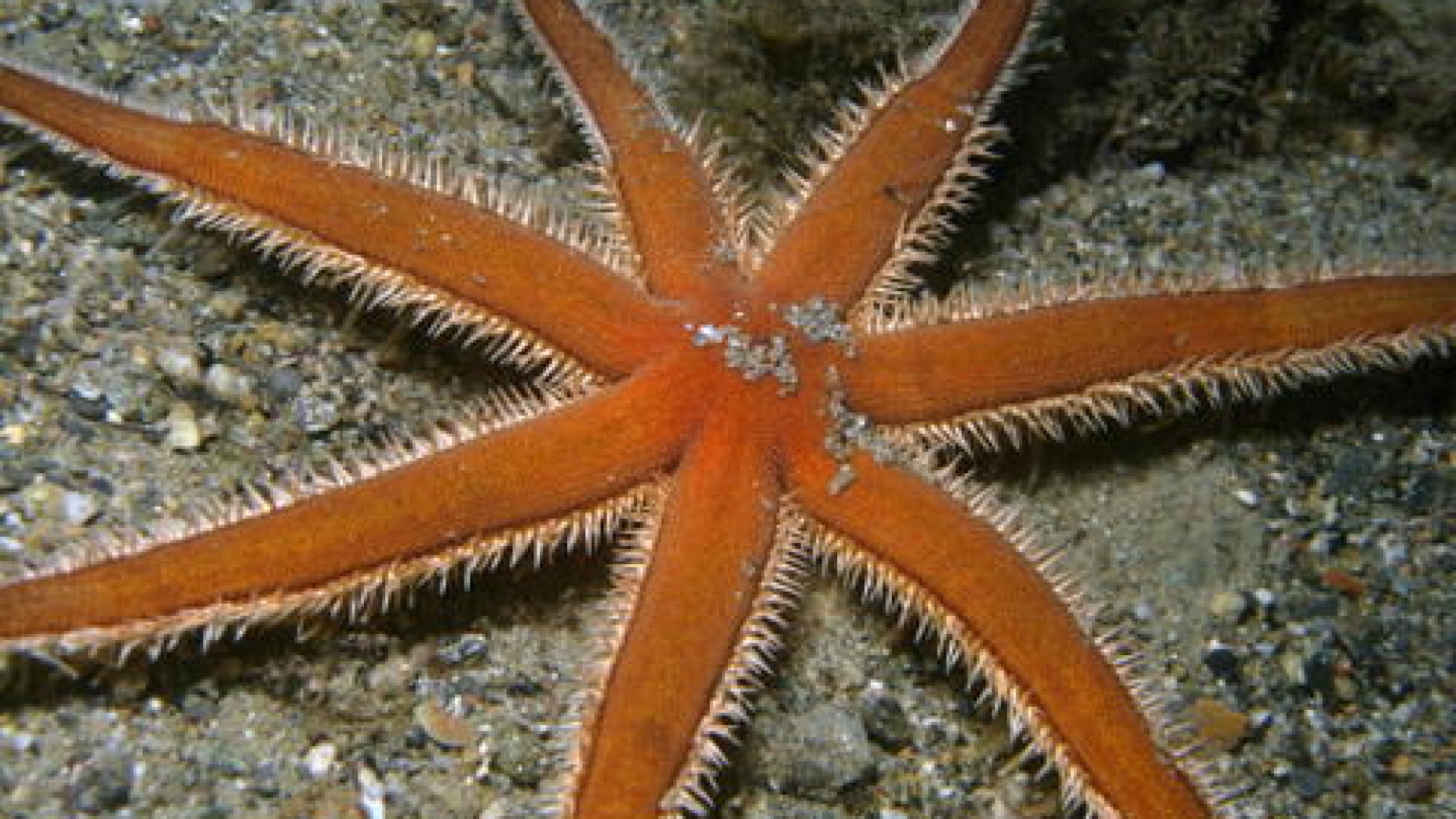 It is called Luidia cilaris and is the seven-pointed starfish. Fragile but voracious. Certainly difficult to meet. The beauty of the stars and the number of their points. And the meaning of that 7. The perfect number.

The stars, in the collective imagination, take us back to the sky. To the stellar firmament. The stars can be seen by travelers to orient themselves. The lovers and the dreamers look at them. A star can give inspiration to a poet or a songwriter. But the stars are primarily a topic for astronomers. From astronomy you can easily transfer to astrology. There the stars are grouped into constellations and give rise to our zodiac sign.

The number of points of a star

The star is an ideogram that often represents an astronomical star. Other meanings are also associated with it, in various contexts. In particular for the number of its points.

The three-pointed star is world famous for the Mercedes logo. It is the stylization of the Triangle that is associated with the number 3. The three stands for divinity, trinity and the rise to power of the human being.

The four-pointed star, or starry cross, is a symbol of the axis of the world. Of the balance of forces in the universe. Today the symbol is featured on the NATO flag.

The five points symbolize the five metaphysical elements of water, air, fire, earth and spirit. It is the most common symbol and is found in coats of arms, flags and logos.

If the points are six you get the so-called hexagram, Star of David or Solomon’s Seal. It expresses the union of heaven and earth, of the spiritual world with the material world.

The Seven Pointed Star is a sacred sign to Venus intended as the goddess of love.

7 is the number of perfection and creation. Considered in antiquity as the mother number because it brings man back to totality, body and soul. Where matter joins the spirit.

Precisely for these reasons, for the ancient Egyptians, it was the number par excellence. Used for achieving human perfection. The pyramids, for example, were built on a seven base, with a square base joined to a triangular one.

In the Hebrew alphabet, the number seven is connected with the letter Zain, which means eternity.

The Cillary Star: the 7-pointed starfish

It is orange-brown in color and has seven long arms that radiate from a small disc.

It is called Luidia cillaris, and is a rather large but also very fragile starfish. In fact, it often loses one of its arms. Usually due to attacks from predators. But its luck is that once lost they regenerate. The regrowth of an arm can last up to a year. But the most shocking news is that each arm contains vital organs and therefore each of them can also give life to a new star.

The mouth is very large and is located on the underside. In contact with the bottom. They have an esophagus and a cardiac stomach. But they don’t have a gut and anus. To digest, they tip their stomachs out of the mouth. The stomach is made to adhere to the animal, even large, which is thus digested externally. This mechanism allows starfish to eat larger prey than they would otherwise be able to ingest through their mouth.

That is why it is considered a predator. But we could also think of it as a cannibal. Because it feeds on other starfish species. He moves quickly, pulling itself up on the tips of its arms. While walking, it leaps on its prey in an instant. It swallows it entirely, in one gulp, as they say. Having no intestine, it expels the remains directly from the mouth. In short, everything goes in and out of there.

Like all starfish, the seven-pointed star also has eyes. They are tiny and are found in the tip of each arm. Their vision is therefore excellent.

Where we find it and, above all, who found it

The seven-pointed starfish is definitely a rare encounter for the diver. Or rather, for the attentive diver. Because I, until a few days ago, did not even know it existed. So I have the benefit of the doubt. Because perhaps, I might also have seen it. But I didn’t know it existed. And therefore never, ever I would have started counting the tips.

In any case, it is found in the Atlantic Ocean, even in areas where the water is colder, and in the Mediterranean. I discovered it thanks to a post on Facebook by my friend Roberta Elliodoro. She lives in Calabria and runs Megale Hellas Diving Center. She loves what she does and studies the sea with passion. And therefore the sea has given her back the honor of this sighting. The photo of the post, and arbitrarily of the cover of mine, is by Mauro Galeano.

To be honest, during the research that led me to write this, I realized that Roberta is not the only careful diver. There have been other sightings, in the Mediterranean, in Italy. One of these in Capo Noli, in Liguria.